Summary:
This journey is all-encompassing so you can try all that Siem Reap, North & South of Vietnam. You will begin in Siem Reap, Cambodia. The largest religious monument ever built, Angkor Wat. The astounding temples of Angkor are a must-see experience. This short journey, enter via the lesser-used East Gate and watch the sun rise over the majestic temples. Further afield, uncover the ruins of tree-enveloped Ta Prohm and the imposing Bayon in Cambodia and then you will exploring the bustling and lively capital city, where you can have your first taste of Vietnamese culture and cuisine. Then head to Halong Bay, a world-renowned UNESCO heritage site famous for its breath-taking natural beauty, and cruise around the limestone karsts through turquoise seas. Drift down the Mekong, try traditional meals with friendly locals, and get to know the spirit of old Vietnam. Then end your trip with a few days in the southern heart of the country, Saigon, where an incredible past is rising to meet a vibrant future.

Journey Highlights:
– Exploring the famous ruins of Angkor Wat and surrounding temples
– Cruising around the astounding floating villages of Cambodia’s biggest lake, Tonle Sap Lake
– Discovering the hidden alleyways of Hanoi’s bustling Old Quarter.
– Cruising through the dramatic Karst islands of Halong Bay, is one of World Heritage of Vietnam
– Discovering the Cu Chi Tunnels and Mekong Delta outside of Saigon

Upon arrival at the Siem Reap airport and after clearing immigration and customs, meet with your guide with a welcome signboard marked “The Time Journeys’s LOGO & your name” Then your tour guide will transfer to your hotel in centre. The rest of the day is at your leisure to explore city.

Beat the crowd early morning by 7am, visit the picturesque Ta Prohm that had nearly disappeared into the jungle and remains overgrown, an oddly haunting and exotic scene. The magnificent roots of a tree, pushing between the huge stone blocks of the temple in a sort of embrace, evoke feelings that you may remember forever. And continue to visit the intricately carved Khmer ruins at Angkor Wat – one of the world’s most impressive ruins.  The temple still owns fine Apsara carvings in Angkorian era art. Lunch is own account.

After your breakfast at your hotel. 7am, drive to the rural outskirt 35km from Angkor area to visit the smallest, but magnificent, Banteay Srei built in the 10th Century and dedicated to Shiva. The temple was the birthplace of Khmer classical style architecture and the bas-relief work is the best example of Khmer classical art remaining. The pink sandstone structure bears a series of striking and beautiful sculptures, lintels, pediments and friezes. Khmers say the temple must have been carved by women for the details are too fine for the hands of a man. Drive on to Chau Srei Vibol which is a small charming temple on top of a hill which hardly sees any visitors – very few non-locals have heard of it, and it is set just far enough away from the main tourist routes.

Lunch is hosted at the local family, a great chance to chat with the survivor former village chief during Khmer Rouge regime. Continue to the ancient Khmer civilization site of Hariharalaya which flourished in the late 9th and earlier 10th centuries. These are the earliest temples in the Angkor area and are referred to the Rolous group we visit the main one called Bakhong temple.

Breakfast at your hotel. Drive to southern party of Siem Reap to embark on a short cruise on Tonle Sap Lake, Cambodia’s biggest natural water body. The experience is wonderful as we pass by floating village, friendly children in small boats and fishermen at work and sunset at Phnom Krom. Then transfer you to the airport for a flight to Hanoi. Arrive in Hanoi, the guide pick you up and transfer you to your hotel. Free time.

Breakfast at your hotel. We’ll pick you up in Hanoi by 8:00am and drive through the verdant Red River Delta to make our way to the famous UNESCO World Heritage site, Halong Bay. You’ll board a luxury junk ship for an overnight cruise- while you relax on-board you can marvel at the incredible limestone karsts that jut out of the sea and the thousands of jungle-covered islands that seem to float on the waves. The turquoise waters of the Gulf of Tonkin swirl around hidden grottoes and ancient caves to create an enchanting, timeless world.

Breakfast at your hotel. The guide pick you up and transfer you to Ben Tre.  Arrive at Ham Luong dock, you will take a boat and then cruise along Ham Luong River, a tributary to the Mekong River. The cool breeze from the river and lush tropical islands along its banks will immediately get you excited to explore all the great things ahead.

Arrive and visit various local workplaces to find many wonderful examples of how local people use ageless techniques to create their crafts, including activated charcoal, dried coconut, handy coconut husk brooms, and many family businesses using coir, or coconut fiber, to create amazing art. Cruise around the village roads by “Xe Lôi”, the local vehicle, which is a kind of motorized rickshaw. Kayak through the natural canals to get a unique experience of the peaceful beauty of the Mekong River as well as the rural life there. Having lunch at a local host house. After lunch, you will have some time for relaxing. Then transfer you back to Ho chi Minh City.

Breakfast at your hotel. Your time will be your own until pick you up and take you to the airport for your departure flight. Your journey with The Time Journeys is now complete… 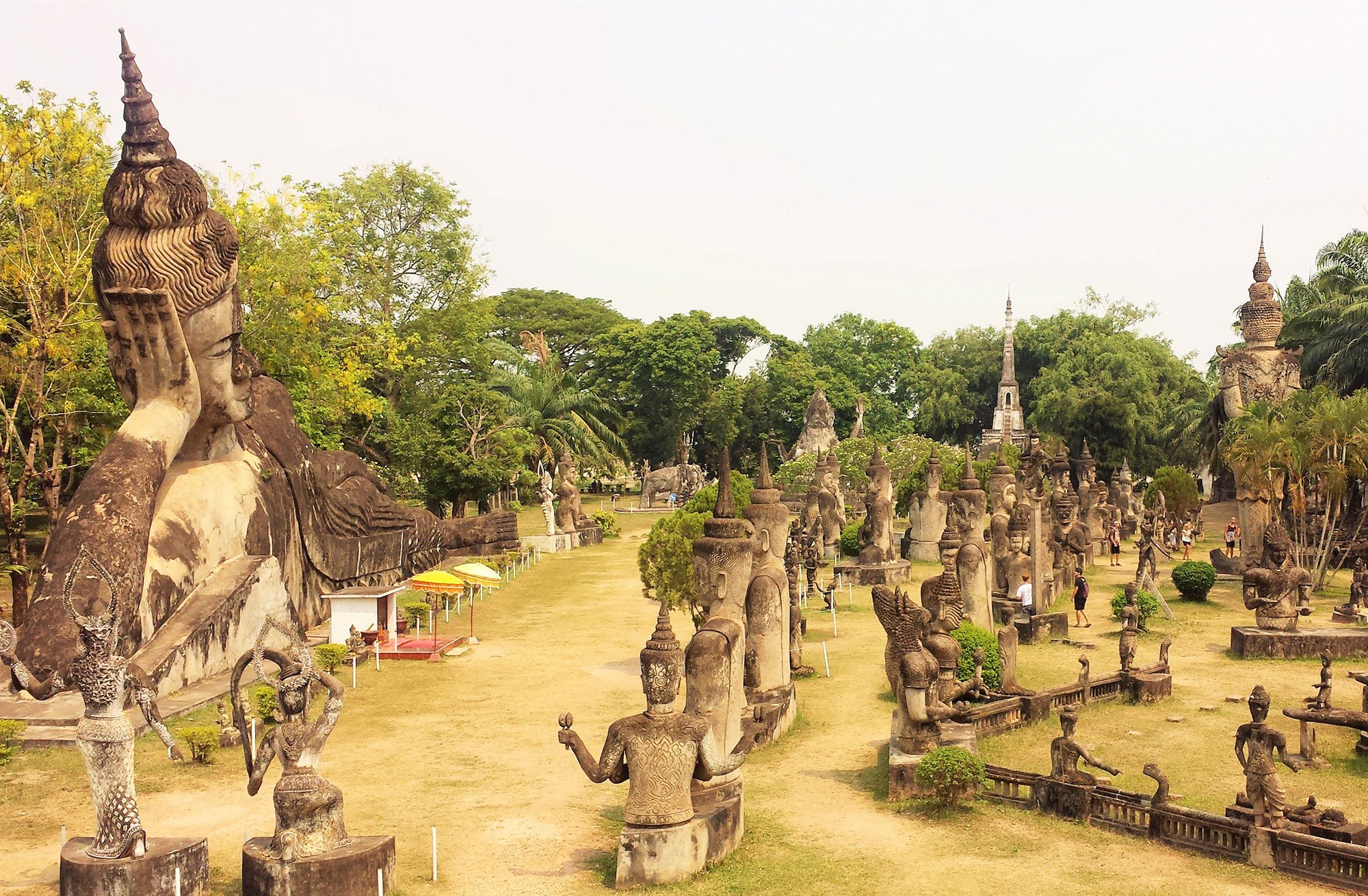