Cambodia is fast becoming a must see destination in Southeast Asia with The riverside capital of Phnom Penh, once known as “The Pearl of Asia” and long considered the most beautiful French-built city of the Orient, is a charming and captivating city. The old French ochre-coloured colonial buildings are now being filled with trendy cafes, boutiques and art galleries and many traditional ornate temples still remain and The largest religious monument ever built, Angkor Wat. The astounding temples of Angkor are a must-see experience. This short journey, enter via the lesser-used East Gate and watch the sun rise over the majestic temples. Further afield, uncover the ruins of tree-enveloped Ta Prohm and the imposing Bayon.

Upon arrival at the Phnom Penh airport and after clearing immigration and customs, meet with your guide with a welcome signboard marked “The Time Journeys’s LOGO & your name”. Then your tour guide will transfer to your hotel in centre. The rest of the day is at your leisure to explore city.

8am: The guide pick you up and transfer you to the peaceful stretch of green fields of Cheung Ek may not indicate what kinds of horrors have taken place there. Situated 17km from Phnom Penh town, Cheung Ek was made famous by the movie “The Killing Fields”. Nowadays, a large memorial has been built to commemorate the 17,000 victims who died here under the reign of Khmer Rouge leader, Pol Pot. The remnants inside the memorial and the mass graves that dot the area remind you of the suffering of the victims. This journey into Cambodia’s past will provide you with a background on the cruelty of the Khmer Rouge regime. It will also give you an appreciation of the struggle that Cambodian people have faced and their tremendous courage to move on and rebuild their nation. We continue to one of the city’s lively open markets, Psar Toul Tom Pong, all called the “Russian Market”, where anything and everything is for sales! In the later afternoon we enjoy the boat cruise 1 hour along the Mekong River to view the sunset

The capital city of Phnom Penh was once considered the loveliest city of Indochina. Despite its recent turbulent history, it still maintains considerable charm. A city tour acquaints us with some major sights of Phnom Penh. The private quarters of the Royal Palace are now home to the royal family and are therefore very close to the public. At the northern area of the palace grounds is Silver Pagoda, the most sacred temple in the country. And visit the National Museum, which is dedicated exclusively to Khmer art and sculpture. The majority of the exhibits are from the Angkor period from 9th to 15th century, but some date from as early as the 4th century. Then transfer yout to airport for a flight to Siem Reap. Arrive in Siem Reap, the guide pick you up and transfer you to your hotel. Free time.

Beat the crowd early morning by 7am, visit the picturesque Ta Prohm that had nearly disappeared into the jungle and remains overgrown, an oddly haunting and exotic scene. The magnificent roots of a tree, pushing between the huge stone blocks of the temple in a sort of embrace, evoke feelings that you may remember forever. And continue to visit the intricately carved Khmer ruins at Angkor Wat – one of the world’s most impressive ruins. The temple still owns fine Apsara carvings in Angkorian era art. Lunch is at local restaurant.

Breakfast at your hotel. Drive to southern party of Siem Reap to embark on a short cruise on Tonle Sap Lake, Cambodia’s biggest natural water body. The experience is wonderful as we pass by floating village, friendly children in small boats and fishermen at work and transfer you to the airport for your flight to next destination. Your journey with The Time Journeys is now complete…

Have a nice journey !
The time journeys can arrange additional customized trips for you if the above itinerary does not match your expectations. 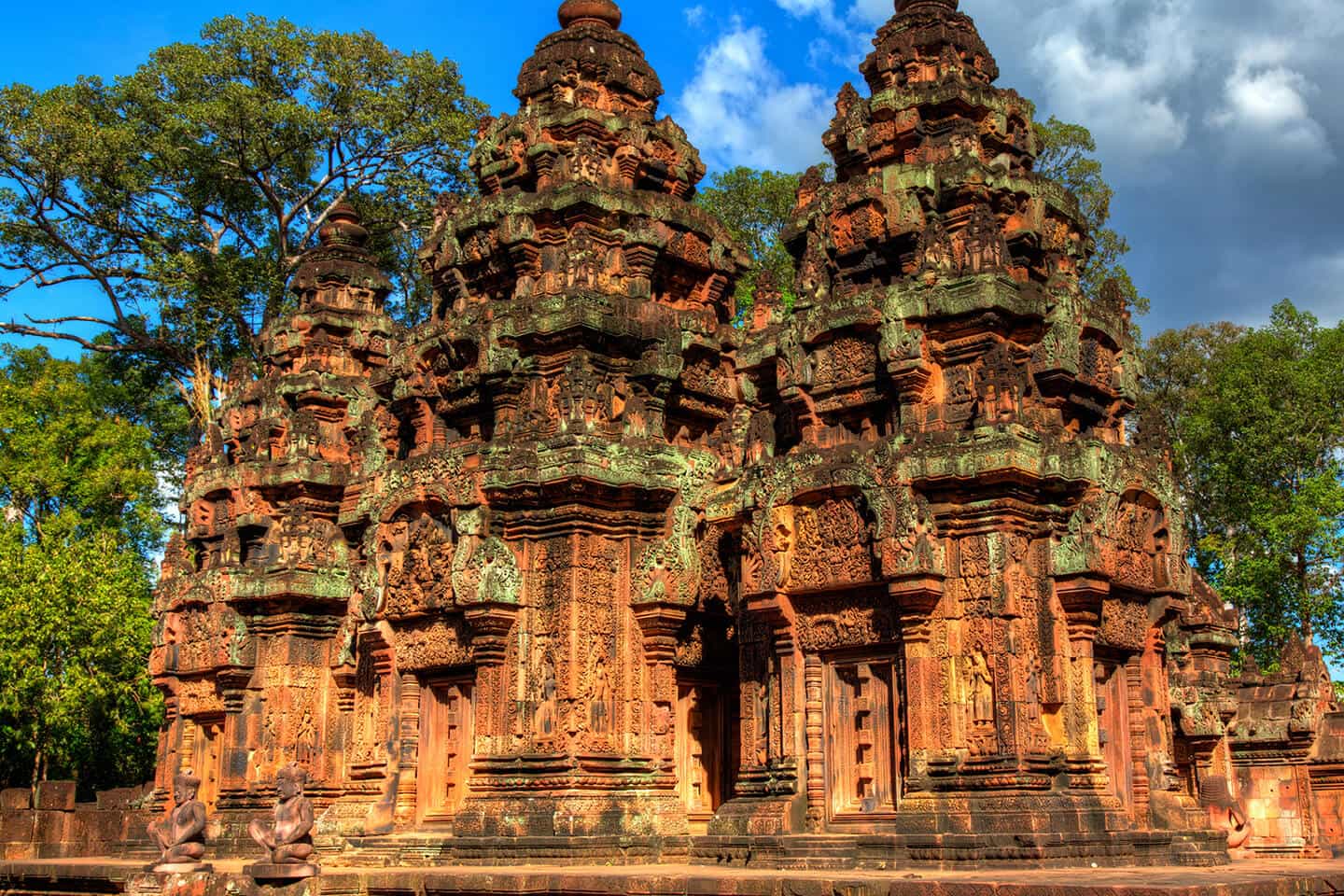