Summery :
Cambodia is fast becoming a must see destination in Southeast Asia. The largest religious monument ever built, Angkor Wat. The astounding temples of Angkor are a must-see experience. This short journey, enter via the lesser-used East Gate and watch the sun rise over the majestic temples. Further afield, uncover the ruins of tree-enveloped Ta Prohm and the imposing Bayon.

Journey Highlights:
– Exploring the famous ruins of Angkor Wat and surrounding temples
– Giving back to local communities with a cultural immersion experience in a rural village

Upon arrival at the Siem Reap airport and after clearing immigration and customs, meet with your guide with a welcome signboard marked “The Time Journeys’s LOGO & your name”. Then your tour guide will transfer to your hotel in centre. The rest of the day is at your leisure to explore city.

Beat the crowd early morning by 7am, visit the picturesque Ta Prohm that had nearly disappeared into the jungle and remains overgrown, an oddly haunting and exotic scene. The magnificent roots of a tree, pushing between the huge stone blocks of the temple in a sort of embrace, evoke feelings that you may remember forever. And continue to visit the intricately carved Khmer ruins at Angkor Wat – one of the world’s most impressive ruins. The temple still owns fine Apsara carvings in Angkorian era art. Lunch at local restaurant.

Afternoon, explore the mysterious Royal city Angkor Thom. City & Bayon Its 54-tower temple is an awesome sight. At first glance it seems a shapeless mass of stone, but further scrutiny reveals a face, and then another and another until suddenly you are engulfed by the silent, heavy, enigmatic and silent gaze through half-closed eyes, staring out from a primitive and remote time. Further, visit to the surroundings of the complex including the Baphou, Elephant Terraces, Lepper King Terrace and Royal Place area. At the end of day, transfer back to your hotel. Free time.

Breakfast at your hotel. We will visit Artisans d’Angkor focuses on training unschooled rural youth in traditional handicraft skills. Here you can discover traditional Cambodian handicraft skills and observe the artisans at work. And continue to visit to Angkor National Museum, in November 2007, the Angkor National Museum opened its doors, offering a comprehensive collection of Cambodian artifacts showcasing the origins of Khmer art, culture, and architecture. With eight galleries in total, it covers in depth the history of Cambodia and the Khmer Empire as well as a fascinating collection of Buddhist artifacts. Apart from the antiques and historical relics, they have successfully integrated state-of-the-art multimedia technology to help bring the exhibitions to life. Then transfer you to the airport for your flight to next destination. Your journey with The Time Journeys is now complete… 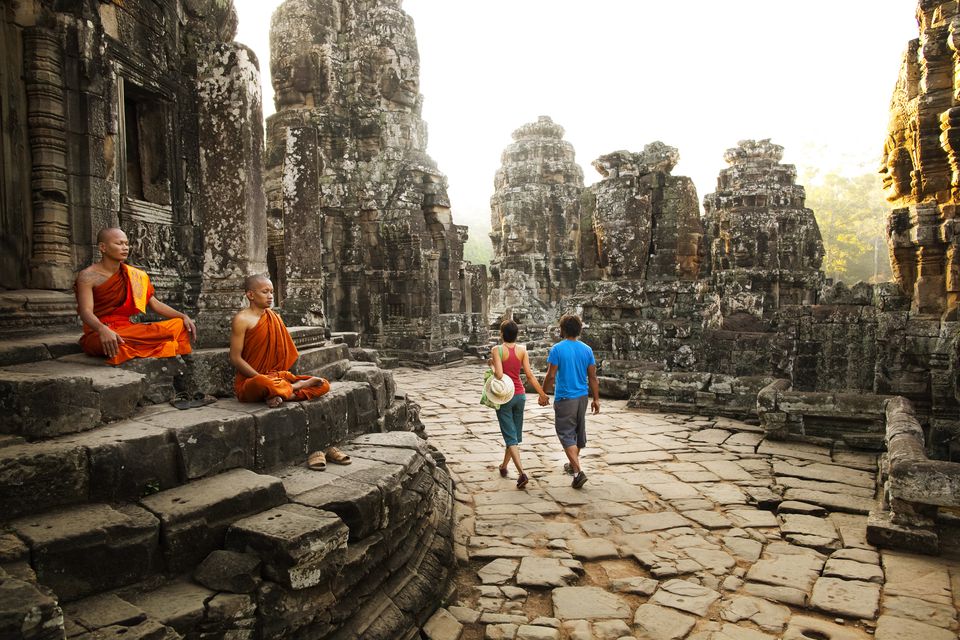